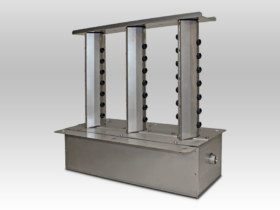 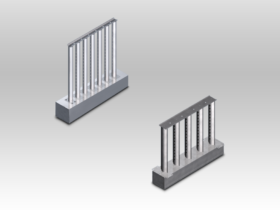 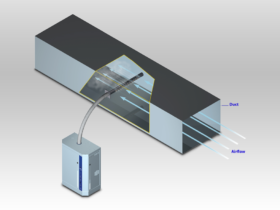 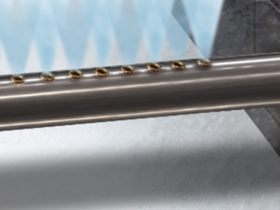 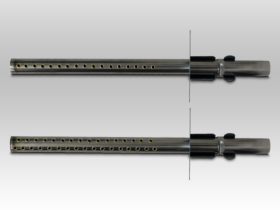 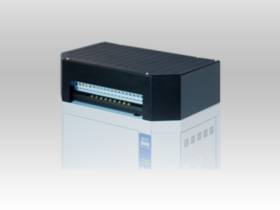 The SKSI direct steam distribution system is suitable for use in industry, production, hospitals, cleanrooms, museums and schools as well as everywhere where steam networks already exist.

The distribution system’s special design ensures that the steam is distributed homogeneously in the ventilation duct from the very first second on. The steam enters the humidification segment homogeneously even after a cold start with no condensation dripping.

The resources – in this case steam delivered by the systems that are already installed – are used for humidification without any loss. Any condensate that is produced is collected so that it can be fed back into the boiler.

The direct steam distribution system comes standard equipped with a control unit for low pressure environments, a separator system for condensate, a thermal sensor and a specially developed controller.

Steam that is under pressure arrives at the control unit at the end of the connection pipe between the steam source and the distribution system. The steam is the humidification medium and the SKSI uses its heat as an energy source. A valve blocks off the steam reliably until the air needs to be humidified. The valve opens when humidification is desired and the steam reaches the control valve at the distributor pipe.

The steam needs to reach a high enough temperature before the humidification process can begin. As soon as this happens, the temperature control valve opens slowly until the humidity which has previously been set at the control unit has been reached. Condensate is separated via a special separator and fed back into the boiler for example.

One particular benefit which the direct steam distributor has is the control unit already mentioned above. It was developed exclusively for operation with direct steam humidifiers. It is also equipped with a microprocessor and an LCD display that makes it easy to use and to perform diagnostic fault-finding. The control unit also controls the SKSI automatically and has pre-programmed energy saving cycles.